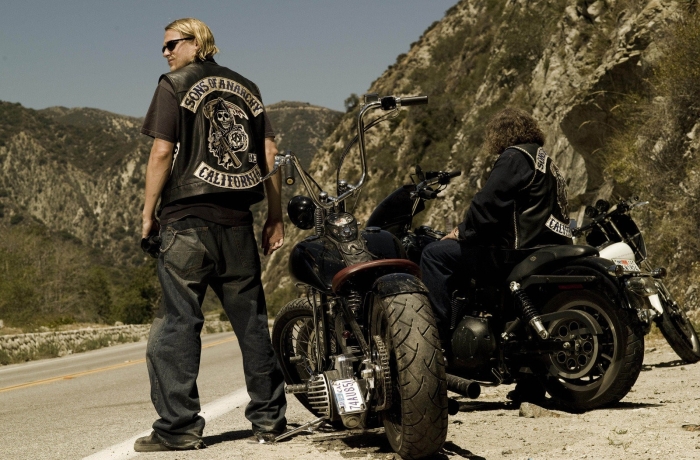 I replaced my overworked DVR with a slick newer model about a month and a half ago, a span in which the unassuming new kid has proven himself quite a sneaky, adept, and, at times, malicious practical joker. I’m still coming to terms, in fact, with my sudden, frustrating inability to record HBO programming to DVD (discovered, to my horror, during the action-packed Golovkin-Rubio card last month), a fact that has basically stopped a personal boxing match archiving system with seven years of history and momentum behind it (and several hundred fights across dozens of DVDs) dead in its tracks. My inability to preserve fights that I paid for (via PPV or my monthly HBO subscription) is going to have a detrimental effect on my interest in and passion for the sport. That can’t help but be the case. Years and years of archiving fights off HBO and Showtime and the ESPN family and all the other assorted outliers is what made me a fan in the first place. I’m frustrated, and furious, and, absurd as I know it sounds, a teensy bit shattered. HBO is the gold standard for boxing programming, home of the biggest non-Mayweather stars and, historically, the most significant matchups. If I can’t preserve those shows for posterity anymore, I see little use in doing so for the sport as a whole. I’d be going through the motions. I’ll still watch, and care, but the religious edge to my fervor will almost inevitably fall away soon enough. There’s nothing really to be done about it, and I’m in a kind of mourning…which, all things considered, segues nicely into today’s essay topic.

Despite its presence on commercial cable, where sponsors must be paid homage every 6-10 minutes, FX’s Sons of Anarchy has long played fast and loose with the timeslot restrictions that govern exactly 100% of its peers, including AMC’s The Walking Dead (Yes, I’m going to keep using that full name. AMC’s promotional department hits the identifier so hard that I worry not following its example might somehow open me up for a lawsuit.), and that’s a show that routinely bests Sunday Night Football in the ratings. The pattern started out innocently enough. Kurt Sutter’s capacity for small screen depravity, dense plotting replete with hairpin turns and corkscrew twists, and gun to your head pathos, is utterly boundless, always has been, and has only grown exponentially throughout SOA’s lucrative run. When episodes started running long, he didn’t make painful edits but rather seized upon another way, negotiating with a no doubt grateful network to allow an occasional extra fifteen minutes of airtime, or thirty. The network could brand these sporadic extended episodes as “special events”, Sutter wasn’t forced to narrow his storytelling focus in the least or cut his latest montage a minute short, and, of course, fans ate it up. Everyone was a winner.

In this seventh and final season, however, all pretense has been tossed out, and SOA episodes are now 90 minutes, including commercials, as a matter of course. It’s the most arbitrary format change this side of Lifetime’s Project Runway, and, judging by what’s made it to the screen thus far, I’m reluctant to call anyone here a winner, except maybe FX president Jon Landgraf, and, of course, Sutter, who is chronicling SAMCRO’s final descent into hell in painstaking, frankly wearying detail and, I’m sure, seeing things play out exactly as he envisioned them. Here’s the one DVD commentary track in history that will never whine about or lament “network interference”. My impish DVR reported SOA’s timeslot during playback not as its now customary 90 minutes, but an utterly hilarious 135 (fourteen more than Guardians of the Galaxy). I barely batted an eye, seeing it as yet another inevitability, and thinking cheekily that enduring whatever extra time was necessary for Sutter to fully express his art was a reasonable (we won’t call it small) price to pay. The much-ballyhooed and hashtagged “Last Ride” has so far consisted of approximately 9.5 hours (sans commercials) that felt much more like fourteen, and a solid three hours of that has seemed to consist exclusively of shots of Jackson “Jax” Teller – erstwhile soulful biker prodigy turned vengeful but largely inept Machiavellian biker kingpin – standing apart while his club cleans up the aftermath of his latest mess (there’s at least one per week now, which is a fairly terrifying percentage for a town as theoretically small as the fictional Charming, CA), smoking and staring mournfully into the middle distance, no doubt ruminating over all the lives he’s ruined, ended or irrevocably changed in the last hour or nine. But not thinking too hard. Lens flare optional, but encouraged.

I have little doubt, at this rate, that the finale will be a full three-hour programming block, or, rather, I would, if not for the presence of “Anarchy Afterword”, the perfunctory recap/talk show which follows SOA each week, allowing the corpse, villain and/or star of the episode face time in which to answer inane questions and, presumably, allay fears from the most suggestible corners of the fan base that the guy/gal got shockingly shot in the head, execution-style, for reals. In future weeks, this guest might be Katey Sagal/Gemma, whose overwrought maternal instincts and tiresome but dependable penchant for rash action caused her to commit then cover up the murder of her son’s wife in the season six finale, with ripples that have since become seismic in reach and impact, setting off a never-ending, ever-escalating retaliatory gang war. The guest might be Theo Rossi/Juice, the pariah who has remained alive against all logic for the better part of two seasons now and is currently a prison plant, looking to win his way back into the club’s graces by assassinating the gang leader Jax incorrectly believes ordered his wife’s murder. I sincerely hope it is not Tommy Flanagan’s Chibs, who is the closest thing left to a functional, affecting human being the club has in the wake of its most recent loss. Heck, it may even be Charlie Hunnam’s Jax, who, at several points in “What a Piece of Work is Man”, has his various rote assurances (of safety, of closure, of a plan’s successful completion) flatly rebuked by characters who have seen firsthand and repeatedly both what his promises mean and what they guarantee, which, for the record, is “nothing” and “death”, respectively. This week [SPOILERS], it just so happened to be Mark Boone, Jr., whose Bobby was the most fully-formed conscience the club had left, and who, after three episodes of being tortured in a rival gang’s custody, was finally turned over to SAMCRO only to be shot dead anyway as a sick sort of object lesson to Jax. So okay, that happened, and it sucked. The end. Vaya con dios, Elvis.

[END SPOILERS] For reasons unbeknownst to me, my irrepressible DVR tacked 45 minutes of “Anarchy Afterword” onto the end of my 90-minute SOA recording, perhaps just so I could finally skim it and dismiss it going forward from an informed perspective. No amount of discussion amongst fans is ever going to rationalize or explain away the actions of someone, in Jax, who now kills annoyances and obstructions, let alone legitimate enemies, almost indiscriminately, and plays rival gangs against each other on a weekly basis, with barely a second’s thought and unforeseen, uniformly dire consequences. No matter how many moments we see Jax in sorrowful contemplation, or irrationally handpicking people out of the larger scrum he can stick his neck out for because it makes him feel temporarily better (or human), or hugging his dead-eyed 5-year-old (who conveniently/tediously keeps overhearing Grandma’s tearful confessions to the various ghosts haunting her), they don’t make him anything other than a patently awful human being, one I’ve already stopped caring about in any way other than a plot engine. Somebody more important than the somebodies who normally die on Sons of Anarchy died this week, and Jax grieved. Then, wordlessly, he rode away to brood and plot while his boys did the dirty work of burial. It’s a cycle that has become par for the course for SOA, so ceaseless and wearying that, if the end wasn’t now firmly in sight, I’d probably ride away too.

Don’t get me wrong. I admire Kurt Sutter as a writer very much. He brings a singular, cocksure attitude to his work that is nowhere else to be seen in the form. He is not about subtlety but rather about great howls of defiance and pain, about defining his protagonists as men of action who nevertheless feel deeply (and destructively) but who live within a code (in this case a violent, double-dealing motorcycle gang) that encourages rash, reactionary, retaliatory behavior and prohibits them from speaking in any manner other than with their fists or trigger fingers. It is an absolutely fascinating conceit, and in its most engaging moments (season two, to me, is still the standout, though each season contains its share of both hair and hell-raising), Sons of Anarchy hums with an addictive intensity unlike anything else on television. Sutter’s twin commitments to psychological probing and meat tenderizing are legendary, though he tends to use the same blood-stained baseball bat to accomplish both jobs. It was quite a revelation to posit that these thugs have redemptive as well as destructive qualities, that they have an abiding sense of brotherhood and the capacity to care and love deeply in addition to their overdeveloped survival instincts. Sutter’s contributions to The Shield – one of my ten favorite shows ever, and another that flirted with the ragged edge at all times, albeit much more expertly – were invaluable, and I am already looking forward to seeing what he does next. His is an exciting, innovative voice in a medium that all too often only plays at being abrasive without ever considering that actions have consequences.

For better and worse, this season of SOA has been all about consequences. When (not whether) Jax uncovers the depths of Gemma’s web of lies, what will be the fallout? How can it hope to match, in theoretical impact and intensity, what we’ve already experienced? Will the club survive? Will anyone? Who can say, and, more pointedly, who might possibly be made to care, with so much damage, both direct and collateral, inflicted, and so much blood already carelessly, needlessly, arbitrarily spilled in its pursuit? I enjoy Sutter’s voice, truly, and his attitude, but I have come to my own conclusion that the volume on Sons of Anarchy cannot reasonably be turned up any higher, and that the depths of misery he’s now plumbing have been left hitherto unexplored for a reason. I’ll keep watching, with reservations, because this is still an interesting ensemble, however much the life has been ruthlessly drained from it over the preceding (and, surely, forthcoming) weeks, at least in those for whom it wasn’t snuffed out altogether. And because Sutter’s will, like the cruel gods of ancient myth, is indomitable. I liked Sons of Anarchy, with few reservations, for the longest time. Now I’m largely enduring it. It has stopped being an exploration or any sort of journey, its philosophical pretensions drowned out by a never-ending, self-sustaining twin barrage of engines and gunfire, and has become instead a dour procession of mile markers, each flanked by a pile of mostly anonymous corpses, leading to a bloody yet merciful end. I get his reasons – nobody with as much blood as Jax has on his hands should escape comprehensive judgment or be allowed to wriggle off the hook – but it’s been a hard, dispiriting ride all the same. This season, it’s not just his characters Sutter is beating to death.