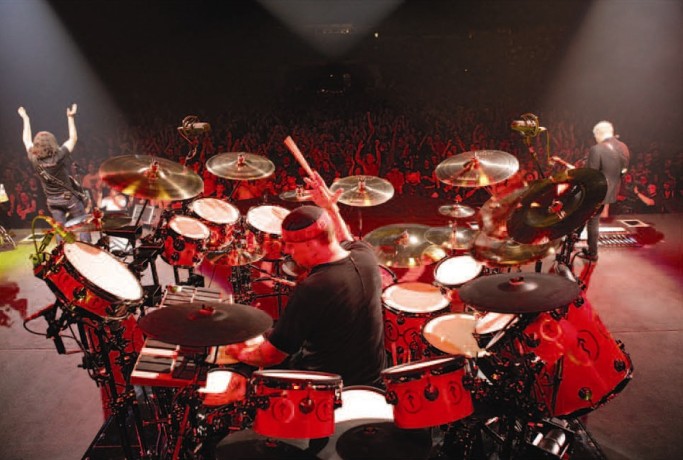 WARNING: What follows contains, necessarily, not only the requisite whole lotta words (even for me) but also a good number of details (set list specifics, other surprises) that I, personally, would not necessarily want to know if I still had a pending ticket to see this tour. Please tread lightly if you do.

Abandon all objectivity, ye who enter here, for I am a Rush fan. Sorry & Thx.

There’s a level on which I’m so close to the music of Rush that it makes it functionally impossible to write about the band. That would help explain the excessive amount of time I’ve spent pondering how to start this review over the past several days, or the handful of false starts I did put to page only to subsequently abandon. Note that I never said “write objectively”, because that’s already a non-starter. When it comes to Rush, I am strictly dispassionate, in much the same way that Jack Skellington, George Bailey, Ebenezer Scrooge (reformed), Clark Griswold, or Buddy the Elf can either take the subject of Christmas or leave it. The Canadian power trio has been entrenched as my favorite band for just over two decades now, a position only three other artists have ever even officially held, with comparatively little sense of permanence and for half the time combined. END_OF_DOCUMENT_TOKEN_TO_BE_REPLACED