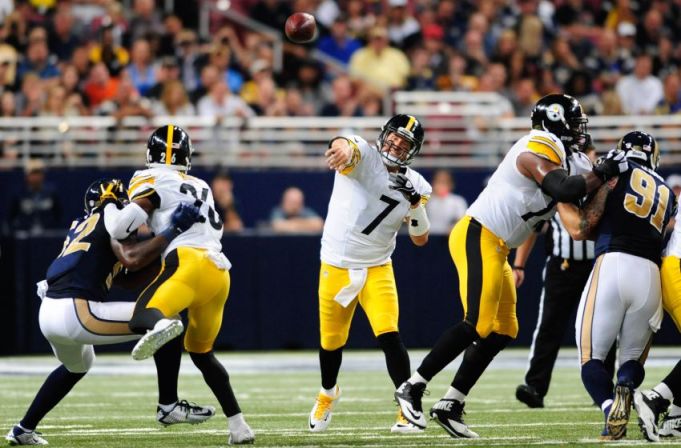 Though I am a fairly serious sports fan, DAE as a blog treats sports structurally as a sideline rather than headline topic, and only covers two in earnest: boxing* and professional football. The former is built on the strength of individual fighters and individual events, with no true off-season to speak of, whereas the latter is mostly off-season, building to a sustained five-month crescendo of weekly hostilities that dominates each fall. Football, by turns a joyous and vicious game – often in the course of the same sixty minutes – works on such a tight, unforgiving schedule, with every game precious and important in its own right, that its fans have no choice but full commitment from the moment the first whistle is blown. I’ve often worried that doing any real justice to pro football on a non-dedicated blog would be a fool’s errand, and making a cursory review of the nine official editions of “Steelers Thoughts” so far makes me feel plenty foolish indeed. END_OF_DOCUMENT_TOKEN_TO_BE_REPLACED