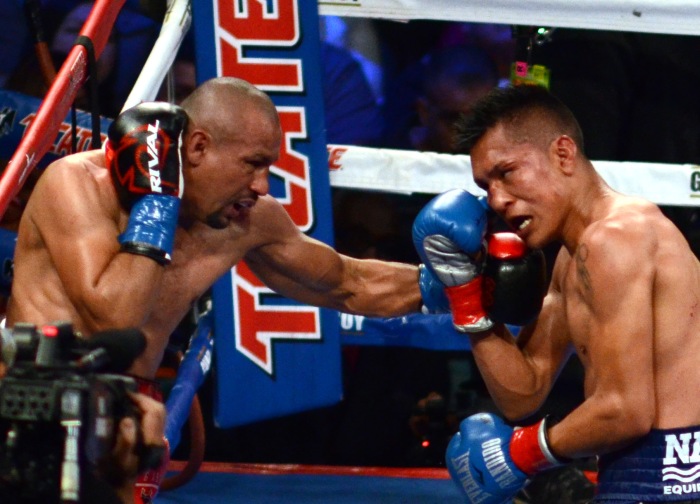 Boxing is a sport at perpetual cross-purposes with itself. We, as fans, watch intently, fascinated and occasionally breathless, but also with a palpable, underlying unease. These are impossibly courageous athletes, destroying one another and themselves for our entertainment. We intellectually want the best lives possible for them and their families, now and going forward. We also want war. Intellectually, we can train ourselves to appreciate the all-world tactics and superhuman reflexes of a quick-hitting escape artist like prime Floyd Mayweather, or the thrilling dominance of an overpowering dynamo like prime Manny Pacquiao. Neither man approaches his prime now, of course, and both, by certain accounts, are busy off enjoying their hard-won and well-deserved retirements. Thus scoured of its two biggest names, boxing, as it must, scrambles to manufacture new ones, but also, if it is smart – a fair and open question, if ever one was spoken – works overtime to provide the less starry-eyed among its fan base with the visceral, unadorned combat that is, was, and ever shall be the sport’s lifeblood. END_OF_DOCUMENT_TOKEN_TO_BE_REPLACED